Years ago, Leonard Cohen wrote on the wall of my store

Posted on November 10, 2012 by angelvancouver

I was told by a customer that years ago, Leonard Cohen came out of the Europe Hotel pub across the street one night and wrote something on the wall of what is now my store, Angel Vancouver. What did he write? “I’m as cold as a new razor blade”? Maybe. We’ll never know because it’s been covered by layers of paint over the years.

Some of you probably remember when the Europe Hotel had a pub on the main floor, now occupied by the Kim Prints store. Below is a photo of what the pub looked like after the hotel was built in 1909. The flatiron building is one of the most photographed in Vancouver.

Also included is a link to a  video of L. Cohen from 1970 singing Suzanne at the Isle of Wight festival. He’ll likely perform the song live when he appears Monday night in Vancouver.

There’s also a new biography of Lenny by Sylvie Simmons, I’m Your Man: The Life of Leonard Cohen, in which the subject of the song, Suzanne Verdal, had this to say: “Leonard the poet transformed the physical Suzanne into the metaphysical Suzanne and made her an angel…Leonard the magician sawed her down the middle, then put the two parts of her back together — the carnal and the spiritual — and made her more perfect than before. Leonard the composer made a hallowed melody of her, both implausibly intimate and ineffably spacious.”

Click  your cursor on the photos to enlarge, then click on the spitoons in the beer parlour photo to have a closer look at the tiled floor, which remains to this day. 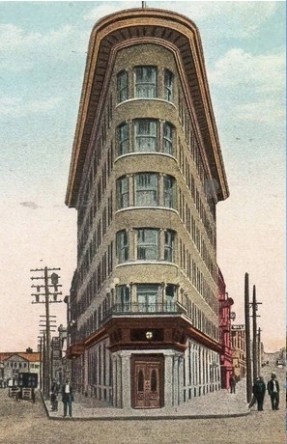 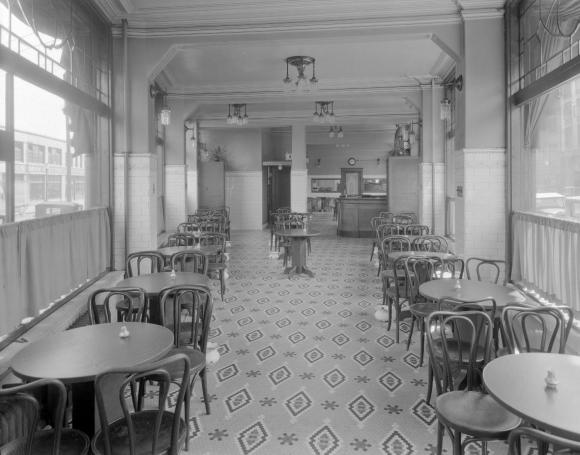 The photos are from the City of Vancouver archives and can be found online at: http://searcharchives.vancouver.ca/hotel-europe-beer-parlour-at-43-powell-street;rad 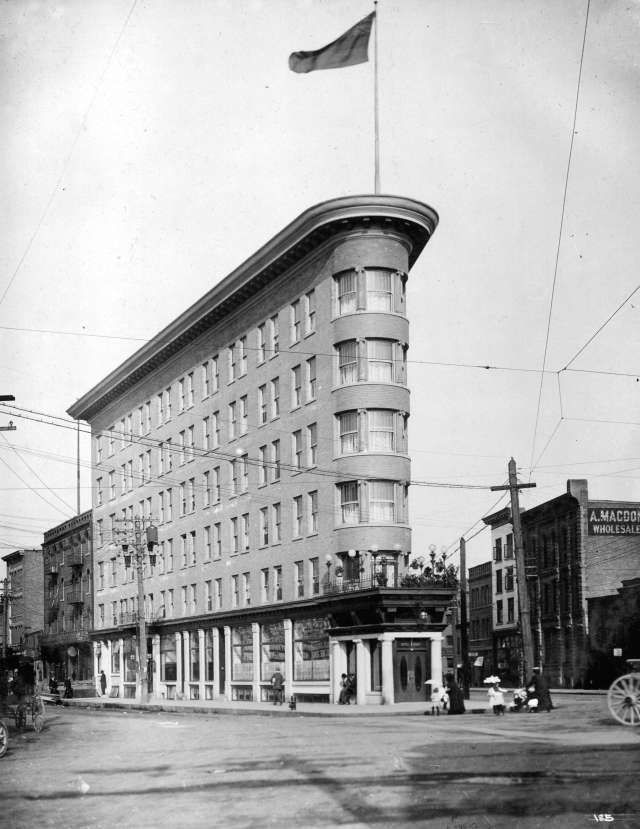 Angel is Vancouver's first Desigual boutique. We've been in business since 1978.
View all posts by angelvancouver →
This entry was posted in Uncategorized and tagged Gastown history, Leonard Cohen in Vancouver B.C., Suzanne Verdal, Vancouver history. Bookmark the permalink.

1 Response to Years ago, Leonard Cohen wrote on the wall of my store