Posted on November 20, 2012 by angelvancouver

A new restaurant, Lily Mae’s Comfort Cafe, opened last month just a few doors down the street (No. 12 Powell) from my store, Angel Vancouver, which is at No. 2 Powell. It’s owned by two partners, Armand Tencha and Jeff Jefkins, who live in the neighbourhood. They have created a small, cozy space with great food — they describe it as “rustic comfort” food with a European flair. Sort of home-style meals with a French twist.

We finally dropped in for dinner last weekend  and were impressed by both the food, the service and the major makeover of the previous cafe, including opening up the mezzanine level, which seats about a dozen and is great for special occasions or small Christmas parties. They have also done a nice job with the decor, making it both comfortable and attractive — the chandelier, high ceiling and soft lighting give it the feel of a small French bistro. They have moved the awning higher up, giving it more light in the day time and allowing views of the street for those on the mezzanine in this 100-year-old room.
(I was walking by one day and heard one young woman say to her friend, “Look how cute this place is. We’ve gotta go there one night.”

I had the dinner special, an almond-crusted chicken dish on mashed sweet potatoes with carrots (hint to owners: this was so good it should be a regular on the dinner menu for those of us who don’t eat meat) while my partner had the beef bourguignon, which he declared excellent. We also had that night’s salad special – spinach with blue cheese and a delicious creamy dressing – and a glass of wine each. We’re looking forward to exploring more of the menu.

Lily Mae’s, which is named after Jeff’s mother, is open for lunch and dinner Monday through Saturday, and for brunch Saturday and Sunday. It’s closed Monday. Their website: http://www.lilymaes.ca/

This side of our block  (south side of Powell) now has three new restaurants that have opened in recent months: The Sardine Can (http://www.thesardinecan.ca/) a 16-seat Spanish tapas bar at 26 Powell (try the moorish-spiced chicken with rice, and the garlic prawns with a glass of cava); and most recently Rodney’s Oyster House (we’ve always enjoyed Rodney’s in Yaletown and we’re looking forward to sampling the oysters down the street — it’s at 52 Powell; their website is http://rohvan.com/).

To all three new eateries: Welcome to Gastown, where the dream of Vancouver began.

I took the night-time photos of Lily Mae’s and the The Eat Me Raw T-shirt in the front window of Rodney’s. The day-time shot in Lily Mae’s is by Ric Ernst for the Province and shows Jeff sitting with Jacqui Janzen of Dishcrawl, a recent event that involved sampling dishes at four Gastown restaurants, finishing off with desert at Lily Mae’s. 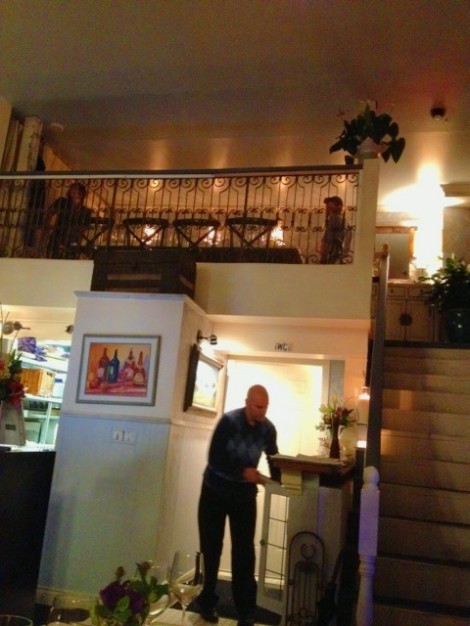 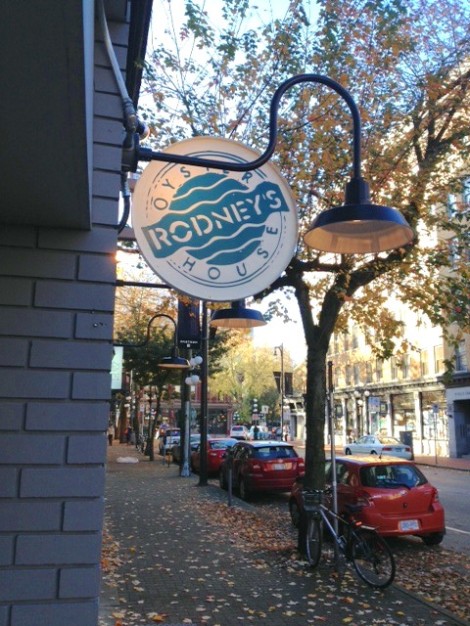 Update: Finally paid a visit to Rodney’s in Gastown. The oysters were awesome and the place was packed:

Angel is Vancouver's first Desigual boutique. We've been in business since 1978.
View all posts by angelvancouver →
This entry was posted in Uncategorized and tagged Lily Mae's, new Gastown restaurants, Rodney's Oyster House, The Sardine Can. Bookmark the permalink.