Why did I wake up with this song in my head?

Why did I wake up this morning with this song in my head: You Could Have Been A Lady? It’s a 1971 hit by a Canadian band, April Wine. It’s not something I would normally listen to. Yet it was playing in my head when I woke up. Why? I blame this man, to the left.

His name is Rob G. Steele. He’s the president and CEO of Newcap Radio (Newcap stands for Newfoundland Capital Corporation), the new owner of what used to be Shore FM at 104.3 on your radio dial in Vancouver. Shore used to play a broad range of music, including local bands and new hits. Last Friday, the station re-branded itself as LG104.3 and is playing “classic hits” from the 1970s and ’80s, including that earworm April Wine song.

I miss Shore, which supported the local music scene. Earlier this month, it named Vancouver band The Harpoonist & the Axe Murderer the Best in BC for its new song Tea For Two. LG104.3 promises to continue promoting local bands. But we’ll see.

As a native Vancouverite, I grew up listening to the boss jocks on CKLG AM and then its FM sister station, LG FM, which in the 1960s was the first “underground” radio station in Canada. Maybe Newcap is trying to cash in on the cachet of the LG name from that era. But it has lost a bunch of its listeners with its new format, judging by the comments posted on this Vancouver Sun bog post by rock music critic/entertainment editor Francois Marchand.

Here’s a sampling of the online comments from The Sun:

Vancouver is a great city. Too bad we don’t have a great radio station. You can write to LG104.3’s general manager at spierce@newcap.ca or leave comments at the bottom. 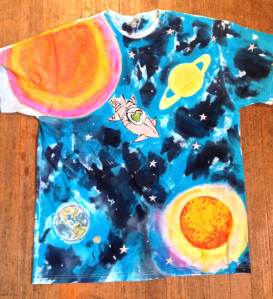 The slogan of the Bacelona-based Desigual is La Vida es Chula (Life is Cool)! Desigual explains: “The slogan reflects Desigual’s way of thinking that is inevitably influenced by the Mediterranean, the sun, light, passion and a lust for life. A philosophy of life that reflects a way of dressing: fun, fresh, original and always instilled with a happy, playful and creative attitude..”

Today’s music video is Video Killed the Radio Star by the Buggles:This was the first video to air on MTV when it began broadcasting in the U.S. at midnight on Aug. 1, 1981. Here’s a recent song you won’t hear on LG104.3 — Stay With Me by Sam Smith featuring Mary J. Blige:Or this one by Vancouver duo The Harpoonist & the Axe Murderer, which will play the Commodore Ballroom on Nov. 8:

Angel is Vancouver's first Desigual boutique. We've been in business since 1978.
View all posts by angelvancouver →
This entry was posted in Uncategorized and tagged Goodbye Shore FM, Hello LG 104.3, Lamenting the loss of Shore FM in Vancouver. Bookmark the permalink.