Gastown Shop Hop special: 20-50% off everything Thursday at Angel Vancouver 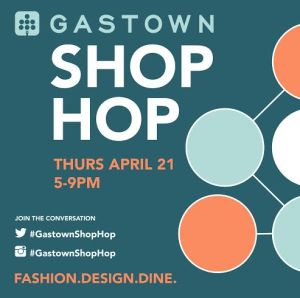 We’re having a special sale for the Gastown Shop Hop on Thursday April 21: 20% off everything in our Gastown store, including clothing by Barcelona-based Desigual, Smash! & Compañía Fantástica (from Madrid).

The is a one day only sale. Angel will be open until 9 p.m. Thursday night.

Angel has dozens of Desigual bags for Spring-Summer 2016.

Angel is a Desigual Wow Shop —  the first Desigual boutique in Vancouver. The Spring-Summer 2016 collection has arrived.

We have Desigual for men, women and kids — the largest selection of the newest Desigual on the west coast of Canada.

We ship worldwide, with free shipping in Canada for purchases of $200 or more.

Angel Vancouver is located at No. 2 Powell Street in the Gastown district of Vancouver, Canada. We are on the corner of Powell & Carrall Street in Maple Tree Square, where Vancouver began. The photo above shows what the location of my store looked like in 1886 (click on photo to enlarge).

I also like this remix. It was a fabulous show — the lights, sound and high-definition video (not to mention the lasers and pyrotechnics) were superb. Certainly much better than when I saw him in 1964 in Vancouver performing with that other group he played with. 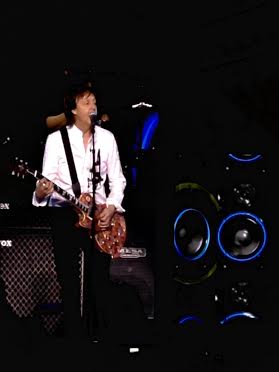 It was also great to see him perform with Vancouver’s Diana Krall on one song, My Valentine, although I was hoping her hubby, Elvis Costello, might join Paul for a song or two. Maybe we’ll see Johnny Depp onstage tonight for the second One on One show. Depp was filming the new Pirates of the Caribbean movie in Vancouver, with Paul, now 73, playing a pirate (much like Keith Richards did in a previous installment).

“I’ve Got A Feeling”

“We Can Work It Out”

“In Spite of All the Danger”

“Fool on the Hill”

“Being For The Benefit Of Mr Kite!”

“Band on the Run”

“Back in the USSR”

Mull of Kintyre (with the Delta Police Pipe Band)

Update: The surprise guest the second night was Tonight Show host Jimmy Fallon, who sang I Saw Her Standing There with McCartney. Below are photos taken by one of our customers, who has bought dozens of hand-painted kids shirts over the years.